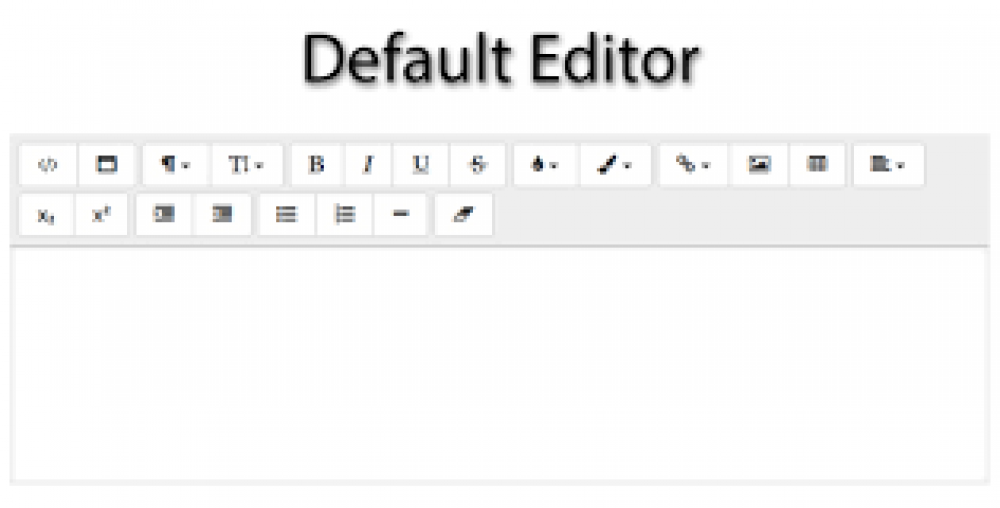 WYSIWYG is the acronym for What You See Is What You Get.

It is being pounced as "wiz-ee-wig".

It’s an editor which allows a user or developer to see what the end result of a document will look like, during the time of creation.

The first true WYSIWYG editor was a word processing program called Bravo. Invented by Charles Simonyi at the Xerox Palo Alto Research Center in the 1970s, it became the basis for Simonyi's work at Microsoft and evolved into two other WYSIWYG applications called Word and Excel. source

WYSIWYGs are of two types.

This type of WYSIWYG is used online for post and article creations.

It is integrated into the website such that when an article is being created the author will be able to see how everything is going to look at the end result.

Web-based WYSIWYG offers you an intuitive and guided processing of structured XML documents without any technical knowledge, via a user interface that is similar to MS Word.

As you write, based WYSIWYG continuously monitors the document’s structure. it goes further than simple validation, it actually prevents you from making a mistake in the first place.

3.    You can easily use to upload images to your website and it will give you the proper view as if you have posted the article.

4.    It is easy to use. You don't need any techniques to start using it when it is already integrated into a website.

5.    You can use it for any type of formatting to your article just like Microsoft Word.

6.    Examples of web-based WYSIWYG are

The second one is offline based WYSIWYG

This category of WYSIWYG is used on pc.

It is a software that enables a developer to create a website layout by simply writing articles and arranging it how they want it to look to the end users.

This type of WYSIWYG or IDE comes in handy when the developer doesn’t want to take much time writing the HTML and CSS by himself.

It is also of great importance to non-developers, who wants to use it to create an anastatic website.

An HTML WYSIWYG editor, such as Microsoft's FrontPage or Adobe's PageMill conceals the markup and allows the Web page developer to think entirely in terms of how the content should appear. One of the trade-offs, however, is that an HTML WYSIWYG editor sometimes inserts the markup code it thinks is needed all on its own. Then, the developer has to know enough about the markup language to go back into the source code and clean it up.

The following are examples of WYSIWYG you can use on a windows machine.