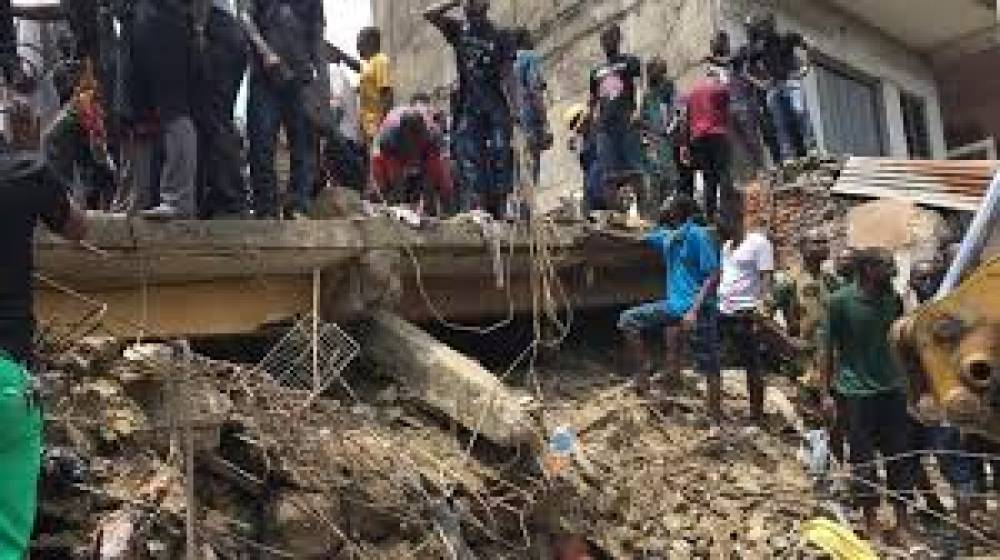 It was reported that many students are being rushed to the General Hospital, Marina, while parents are trooping there to search for their children.

Eye-witnesses explained that over 100 students are currently still trapped and being dug out.

A resident of the area, name withheld said no fewer than 10 pupils had been removed from the rubble so far.

“It is terrible. Parents are crying. I can’t withstand the gorry sight,” he added.

Meanwhile, the spokesperson for the Lagos State Emergency Management Agency, Kehinde Adebayo, confirmed the collapse, adding that emergency officials were already on the ground.

Total of 0 Comment
Most recent post
make $100 daily from this website, 100% free to join Get paid to click search results First of its kind content generator The coolest way to get your IP address and location Bitcoin price falls, Why and my opinions
Latest deals from our shop
Products from our top sellers start selling