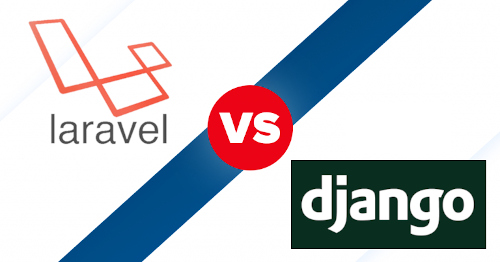 Due to the incessant addition of features to web development, a whole lot of web frameworks has come into existence and this has been clumsy to those who are beginners in web development.

Also, the impromptu rise in the use of Javascript for virtually anything on a website ranging from the development of backend to designing of Frontend has made Javascript a bullish option for developers whoever masters it.

Javascript is currently one of the major languages of the web. With it, you can develop a single page application, Accelerated Mobile Page,  progressive web Apps. And all these enhance user experience on the web so the need to master Javascript is pertinent.

With all these compounded, a beginner will find it difficult to know where to start.

PHP and python are standing giants when it comes to backends development. And using any of them seems to be easier for developers especially beginners because once you have mastered it, it becomes easy for you.

In this article, you'll understand the major difference between these two, not popular frameworks for developing giant web applications.

As a developer who has heard about laravel and Django, you must have heard about frameworks and now searching on which one to choose if not reading this for fun or other things.

Before we proceed let's take a look at what tech dictionary have to say about the framework.

"A framework, or software framework, is a platform for developing software applications. It provides a foundation on which software developers can build programs for a specific platform. For example, a framework may include predefined classes and functions that can be used to process input, manage hardware devices, and interact with system software. This streamlines the development process since programmers don't need to reinvent the wheel each time they develop a new application.

A framework is similar to an application programming interface (API), though technically a framework includes an API. As the name suggests, a framework serves as a foundation for programming, while an API provides access to the elements supported by the framework. A framework may also include code libraries, a compiler, and other programs used in the software development process."

Just like the definition above has said the major features of laravel and Django.

The benefit of using such software framework is that it helps both young and experienced developers get into the game quickly and use the generic tools created by professional developers to their own need and hence they won’t have to often write code that can be easily incorporated into one framework and used as it is needed.

Frameworks help you develop software like a pro while skipping those hassle of developing the low-level infrastructure.

It also helps you to get right to the business logic of your application which results in a neater and more secured application with a neat interface.

Types of a framework in web development

In web design and development you have two types of framework.

Most popular in Frontend framework includes vue.js, React.js and Angular.js.

Back-end frameworks are responsible for server-side logic implementation. The magic that takes place under the hood and brings your website together. How to deal with data, store data, how to manage responses and so on.

Routing: when your server receives a request, it lets a certain resource or a certain action handle it. If you visit worldtok.com/products then the products controller should respond with the appropriate resource and so on.

Templating: Assuming you don’t use client-side frameworks like Angular, Vue.JS or React, then you to make the views and fill them with data. The view is basically the page that the user sees on his browser, templating allows you to dynamically fill the page with data according to the data passed by the controller.

ORM: ORM stands for object-relational mapping, which is the layer between your model and database that acts as a virtual object database.

The features are many like security, caching, scaffolding and creating resources etc. But with the few mentioned above, you must have grabbed what we are here for.

The Comparison between Laravel and Django

We will compare Laravel versus Django based on various parameters.

Laravel is an MVC or model-view-controller framework built with PHP which is one of the most famous languages of the web. It’s also a powerful framework used by 9GAG, UNION, Toyota Hall of fame, Facebook, etc.

Django is an MVT or a model view template framework built with python. It encourages rapid development and helps developers write efficient cleaner code. It’s quite a powerful framework and it’s used by some of the great enterprises in the world as their back-end infrastructure. These companies include Pinterest, Udemy, NASA, and Instagram, quora, etc.

Both Laravel and Django have a well-organized community stocked with the necessary workforce to assist their user's peradventure there be any need. Both the communities have a large number of contributors on Github and commits are also very frequent.

In recent years, web attackers have increased tremendously. Knowing this has let framework developers put much effort into ensuring that the data of their users are not exploited. whether SQL injections or cross-site-scripting both Laravel and Django take security seriously. Though in rare case Django is more secured.

Python is quite a speedy language, so when it comes to loading a large-sized JSON more than 40k, Django would be the option to go with. Laravel In terms of speed, Laravel doesn’t compare with Django, unfortunately.

I can say that Python's syntax is super awesome. In PHP, a developer isn't bound to follow a solid pattern, i.e. you can put curly braces for methods anywhere, in the same line or new and indentation doesn't make a difference. As a result, you can expect to have rugged code that will be difficult for even you to inspect later while you have the code running and performing what you is expected. On the other hand, Python's code remains very clean else without proper indentation you will get an error and sort yourself out beforehand.

Laravel comes with build-in support for API building. If you have worked on Laravel app you will understand what I am saying better. Laravel request facades return a JSON by default when the URI is not set to return to a view file.

Whereas Django doesn’t come with this built-in feature and you’d have to use a library to work around it and implement the same feature.

This is also an important thing to consider since it determines how a beginner will be willing to accept peradventure both Laravel and Django can do the same thing. Laravel is quite easy to understand and having being familiar with php syntax you should be able to pick up Laravel and learn. It should not take you too long tom master it. Laravel is developer-friendly but as you go on you should be able to master the other big thing within the box.

If you are interested in Laravel, here are the best Laravel tutorials we recommend you start with.

Django on the other can have a steep learning curve but with tools like Django (tutorial.djangogirls.org) you should be able to stretch the curve and find your way at the top quickly. But before you choose Django you should be familiar with Python syntax and this will make things easier for you.

How to send and receive emails in php using PHPMAILER

Best method for printing php to the screen

Total of 0 Comment
Most recent post
make $100 daily from this website, 100% free to join Get paid to click search results First of its kind content generator The coolest way to get your IP address and location Bitcoin price falls, Why and my opinions
Latest deals from our shop
Products from our top sellers start selling