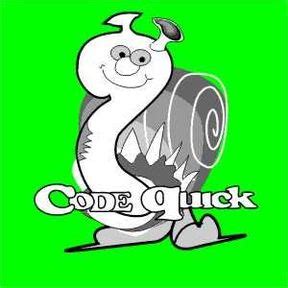 How to code quickly in any programming language

Coding is the act of writing a program with any programming language of your choice. Some people have taking coding to be their life profession while some are still upcoming and trying to master coding in one language or the other.

Becoming a programmer who writes different software ranging from simple website design to even robust iOS and windows application entails many things which writing code quickly is not exceptional.

This article has been briefed to include only the vital things you need to do in order to become a good programmer and write code quickly as you program.

This is doable to anyone who uses a computer often especially if he or she has to type something along the way so even if you are not a programmer, as long as you write with a computer,  this is an important skill you must not overlook.

Based on my many years of experience on programming I have four things that can help a programmer to write codes very fast and without making mistake.

Anything that involves programming and coding comes down to typing. As in, punching the keys on the keyboard to get the text in your head into the computer.

Note, this sounds simple and obvious, it really isn’t. Quite a few programmers aren’t great at typing or writing in general. So, simple things like typing in a variable name correctly are missed. As a result, countless hours are wasted on correcting typographic errors.

The ability to type quickly and accurately on a computer is a big deal. It reduces both the time to input code into the computer and the time spent chasing down little mistakes later.

I think making fewer mistakes ends up being a bigger benefit over the long term, as most people type at a typing speed of 80–100 words per minute. If you can be in that range with a consistent near 100% accuracy, you will save yourself a lot of effort.

This is very important and it is going to speed your typing speed to about 20% if you are using the correct IDE  for the programming language. This is because most of the keywords are autocompleted by the IDE when you type. But if you happen to venture just write anyhow without paying attention to the keywords you may end up not being recognizing the perfect word to choose from the range of the suggested results and by so doing you will be trying to type everything yourself which is not how it ought to be.

IDE has a very important role to play our programming life. If you are beginner in programming, chosen the best IDE for the programming language will surely speed up your speed and if you are already a master going with the best ide will as well speed up your work and reduce the work time thereby making the time you spend on typing relatively small. Good ide tends to ensure that you don’t type words relatedly. Once you type any variable once good ide should automatically autosuggest it on the next instance and this as well is a good practice to speed u[p your typing speed as a good programmer.

Some ide dosent normally come with all this auto suggest and auto correct feature but by learning how to use your chosen ide you will master the ide and then your coding speed wil be encouraging.

Some ides like sublime text, visual studio etc will require to install some plugind for the specific language you want before the autocorrect feature will be available for that language. So you must also forat learn all these and as well how to do some settings to ensure that these extensions works very well by so dpoing when you are coding things will flow very well and youre coding speed will be perfectly ok.

So, if you are wanting to improve your coding speed, work on typing and learning your code editor. With these things, it can make a world of difference in your abilities and output.

An Algorithm That Determines Whether An Integer Number Given...

How to be a good programmer